Ann Matthewson was born in January 1991.  She is a niece of Special Olympics star, Bridie Lynch.

The Matthewsons lived in a farmhouse that used to be the residence of Robert Mehaffey next the ruins of Mongavlin Castle.  They moved to a bungalow at Maymore.

Ann grew up at Maymore and it was found that she had an exceptional singing voice.  In 2007, in the River Club in Castlefinn, Ann was permitted by the band Off the Cuff to sing Any Town in Ireland.  The reaction to the singing was so good that the band encouraged Ann to record it as a single.  And she did in Off the Cuff's Castlebrae Studio near Fahan.  The single was very popular and Ann formed a band called Still Water with keyboardist Paul Gormley.

On February 20 2008, she launched her first CD called Home Sweet Home.  The launch took place in Maggies Tavern, Carrickmore, St Johnston.  The CD contains 14 country songs.  Ann chose the songs because she liked them and enjoyed singing them.  She felt drawn to some of the stories the songs told.

The song A Mother's Love's a Blessing was special to Ann as her mother Margaret, 38, was killed in an accident at Tullyowen, St Johnston in May 2001.  Ann has recorded this song.  Margaret loved to sing herself.  One song she loved to sing was Two Loves. 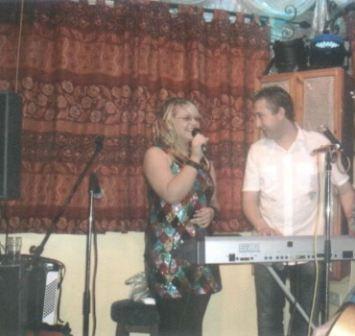