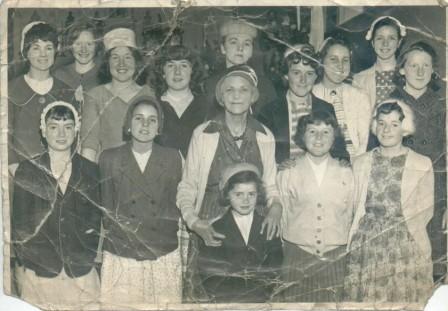 Back, left to right

Bridget Housten is the little girl in front of Mrs White

The photograph was a Christmas gift from Ethel White to the choir members.  The original altar of the Church can be partly seen in the background.  This altar was removed in the 60's.  When you go into the chapel from the west door, there is an area at the back to your right.  There was a boxed in set of seats there where the choir performed.  This photo was published in the Strabane/Lifford Notes 1983 in the 1980's and titled ST. JOHNSTON CHOIR - 1960.

Here is the back of the photograph. 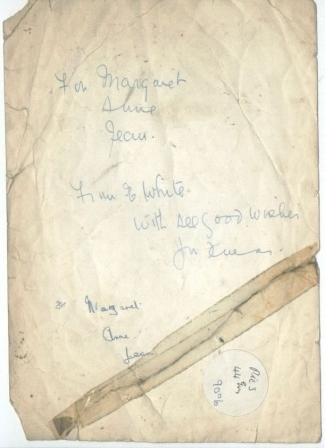