This Sycamore tree was up rooted by “Hurricane Debbie” which hit Ireland on 16th September 1961. Debbie brought very severe gales to the country reaching a peak gust of 114mph. It left a trail of destruction and unfortunately the deaths of 18 people on the island of Ireland.

The trunk of the uprooted tree can be seen lying flat on the ground in its fallen position but re-growth has formed, upwards, along the length of its trunk.

It is a tribute to the tenacity of nature that this tree continues to grow, in a most unusual way, despite lying in its fallen position for more than 50 years.

Directions:  From Derry/Londonderry on outskirts of Carrigans, the tree can be seen, from the road, in a field on the right just before the gate entrance to Dunmore House. 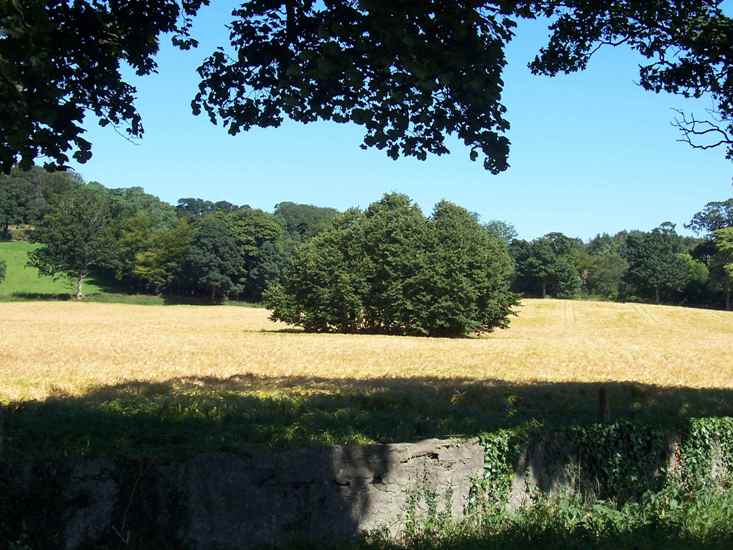