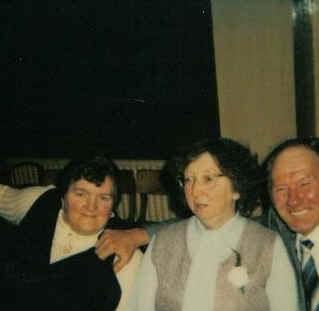 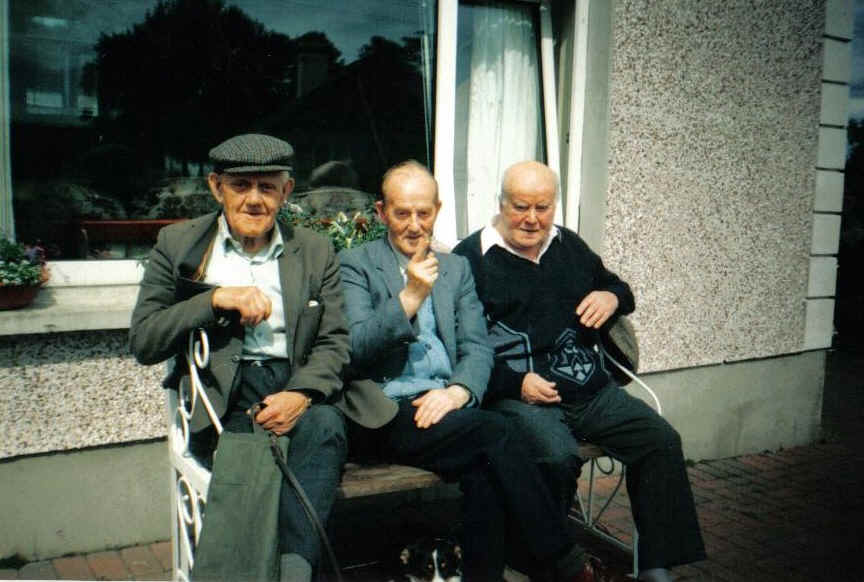 Martha Gilchrist who lived in the house opposite McCann's Bar, now Joe's Bar, John Joe Gibson, William Gibson, Denis Gibson, Pauline Dillon at the back.  Kneeling at the front is Brian Dillon and Martin Dillon.  Barney McCauley's Newsagents in background.  It became Brogan's shop.  Now in 2010, it is Mac's Mini-Mart.

The Gibsons lived on the Main Street.

The Dillons lived in Church Lane opposite McConnell's Shop - (sign was Andrew McConnell, General Merchant).  The Dillons moved to Killea in 1982.  This photo was taken around 1980.