This photograph was taken at St Johnston Quay in May 1949.  It shows a group of the local fishermen who had gathered to protest against a decision by the Foyle Fisheries Commission to make the maximum length for a draft net 85 yards.  Previous to this a draft net could have been any length.  After the fishermen had been on strike for a week, the Commission changed the maximum length to 160 yards which the fishermen accepted. 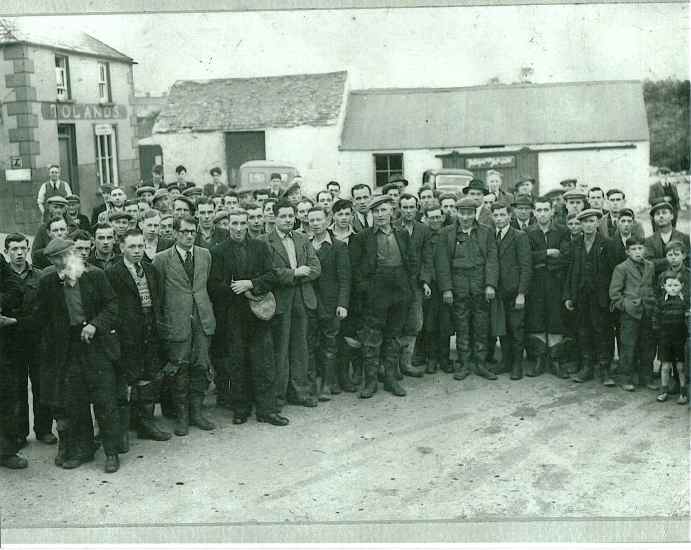