The earliest mention of slate quarrying in the St Johnston area comes from 21st October 1786.  The quarry was made up at Ardagh and  it was let out to slate manufacturers.  There was controversy at the time because rather than one hole several holes were opened and moves were put in place to try and stop this.  Complaints had been made about damage done to the area.  At the time, slating was becoming more and more popular and the demand was there.  Those who had a bit of money preferred to have their houses slated for convenience and safety.  The risk of fire in thatched houses was well-known. 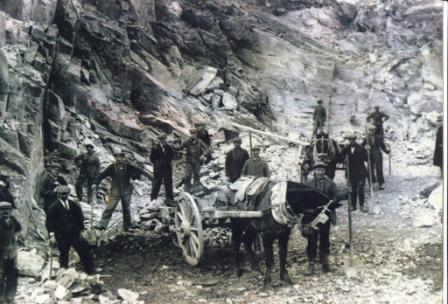