It depicts the railway cabin at St Johnston.  Until recently the remains of the cabin could still be seen.  The house next the train in the picture still exists and was the original station.  The photograph depicts the 5.35 pm train at St Johnston Railway Station.  This train was coming from Derry and headed for Strabane.  This Railway line known as the Londonderry and Enniskillen Railway opened on 19th April 1847.  It was originally a single line with loops until 1904 when it became a double line all the way to Derry.  To cut costs it returned to being a single line in 1932.  From then only a loop connected it to the village of St Johnston. 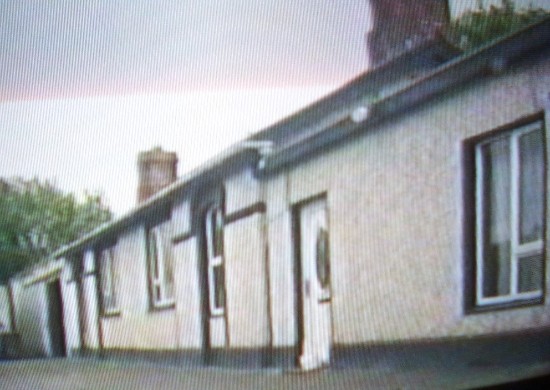 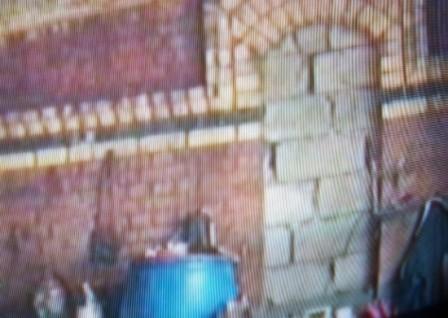 Tickets for the rail were given out from this window 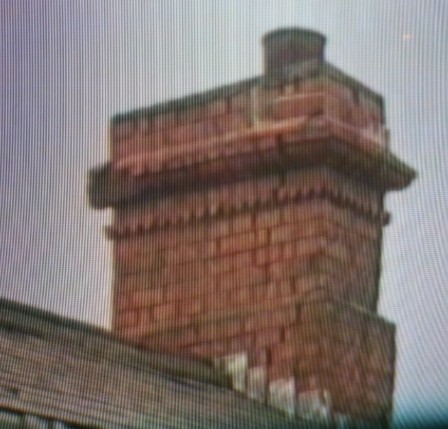