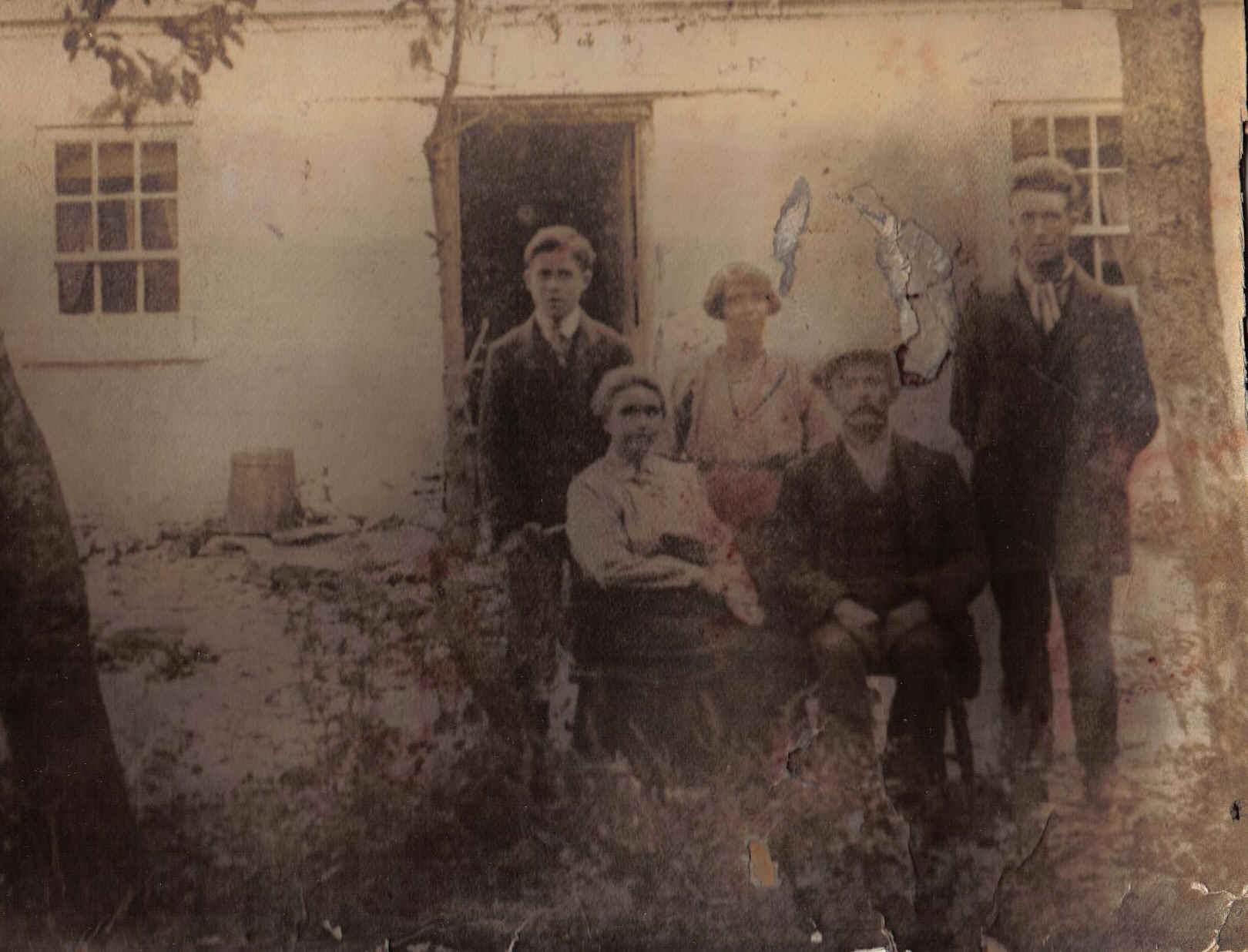 The Colls depicted lived at Moneymore Newtowncunningham.  Later some of the remaining family members moved to Drumbarnett.  Paddy Coll married Jennie Neely from Kennaghan, Manorcunningham, who he met when she was a servant girl with the Roulston family Moneymore.  The girl depicted is Susan Coll who never married and who lived in Derry.  Her mother Elizabeth Coll is depicted.  She is buried facing the entrance of the old chapel Newtowncunningham which was demolished in the 1990's.