David beats Goliath - a victory for the small man 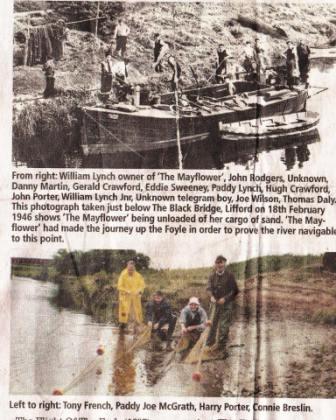 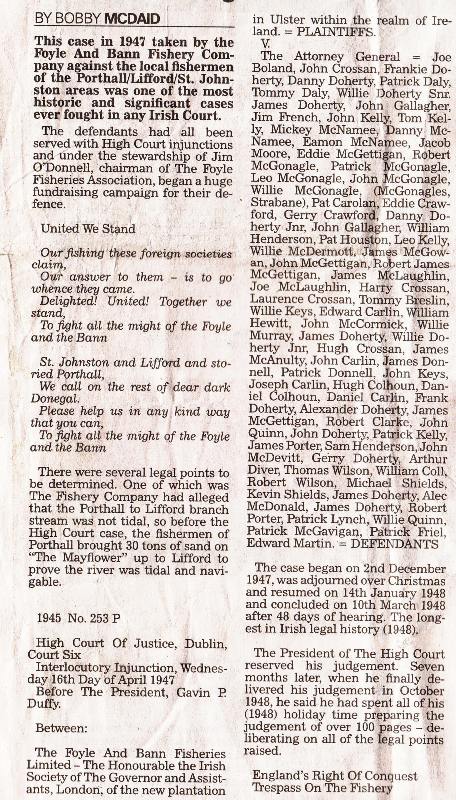 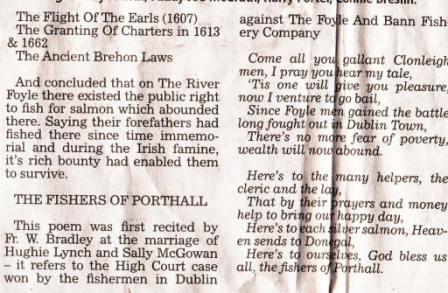 During a recent meeting (2009) of the Lough Swilly Wild Oyster Development Association (LSWODA) the members, all licensed fishermen, expressed serious concerns about the prospects for the fishery. A minutes silence was held for Daniel Toland and William Lynch, founder members of the Co-op.

The group, which has been calling for effective management of the wild oyster fishery for many years, has attacked the Department of Agriculture, Fisheries and Food (DAFF) for its failure in Lough Swilly.

“There is an obvious bias in favour of aquaculture”, a statement from LSWODA said. “Bord Iaschaigh Mhara’s Aquaculture Division on the bottom-culture mussel industry are waiting like vultures to pick over the bones of the indigenous oyster industry”, the group said.

Indiscriminate licensing of aquaculture sites within the wild oyster fishery; a failure by the authorities to help the fishermen develop the fishery; an outbreak of bonamia and of oyster herpes virus with little or no communication from DAFF, the Marine Institute or BIM on measures; and in recent years a massive increase in settlement of crassostrea gigas (Pacific oysters) are all examples of the poor management of the wild oyster industry in Lough Swilly.

“We are legitimate fishermen trying to earn a living, and we will not go away,” said Alex Carlin, Chairperson of LSWODA. “The failure of our own government is forcing us to go to the European Commission to seek help and protection. It is a very sad indictment of our own government that we need to go to Brussels to seek protection from the reckless actions of our own state bodies, especially BIM, in Lough Swilly”.