Robert Cunningham minister 1644-54 ~ This man appears to have been the first settler of the Laggan to have been minister of the Church at Monreagh.  Previous ministers would not have ministered in an official capacity nor had they a church.

John Hart minister 1655-1685 ~ was ordained in Hamilton Scotland in`1642.  Hart was sent to Dublin in 1658 speak his mind on a religious tolerance principle to Oliver Cromwell and others.   A meeting in the form of a Presbyterian Visitation took place to check up on him and others at St Johnston 20 April 1681 and they were very satisfied with his good works and his theological knowledge.  Hart participated in a fast held on 17 February 1681 and was detained in jail in Dublin for it for eight months.  He had spent seven years in jail in Ireland over religious intolerance against Presbyterians.  He was fined £20.  He died on January 8 1687 aged 70.  He is buried in the Churchyard at Taughboyne.

Neil Gray minister 1689-1714 ~ He had the unpleasant task of trying to get a Robert Smyth to admit to the sin of adultery before the congregation at Monreagh in order to be reconciled.  Rather than do this Smyth defected from the Presbyterian Church.

William Gray - Assistant 1699-1721,  William Gray had secretly married an Eliza Patterson - a ceremony that took place in the Church of Ireland and he refused to inform the Presbyterian Church of anything that happened.  William Gray was compelled against his will to leave his beloved Monreagh to minister in Usher's Quay Dublin.  He returned in 1723 to preach in a lime kiln and many of his former congregation followed him and were delighted to have him back.  The minister at Monreagh who had replaced him, Boid, was extremely displeased and he was castigated by the Synod for setting up his own congregation in a spirit of disobedience.  He got a meeting house built at St Johnston.  The controversy became known as the Tauboin Affair.  Gray was deposed and fired in 1728.  The people stood by him and the issue was resolved by 1731 when they reconciled with the rest of the Presbyterian Church.  They were then recognised as a proper congregation.  Gray died 23 August 1730 aged 58.  He is buried with his father at Taughboyne.

Patrick Davison - was a Scotsman and was minister of Monreagh in 1776 but he rejected the Holy Trinity doctrine and this was unacceptable to the congregation.

Reverend Andrew Long served as minister of Monreagh from 1845 to 1870 when he died.  He was minister during the revival of 1859. 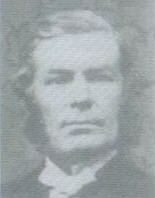 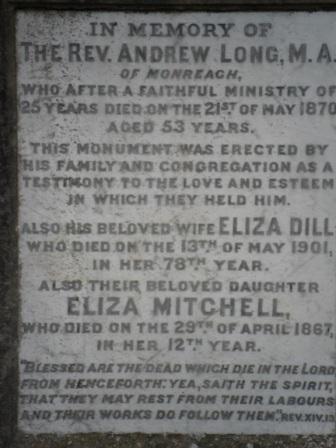 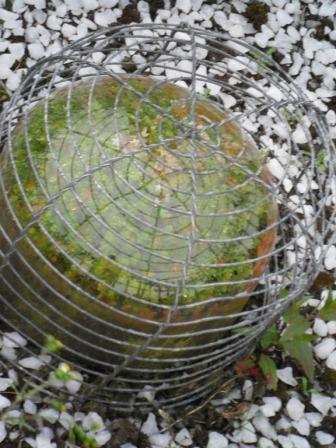 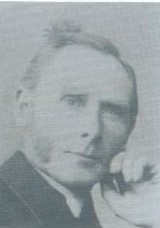 Reverend William Thompson ~ Ordained 29 May 1874 and he resigned 7 November 1882.  The manse at Monreagh was erected during his ministry.  He was the last minister to have lived at the former manse which was at the five road ends. 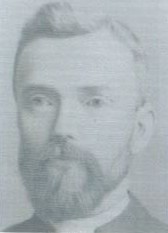 Reverend Elijah McMordie was a native of Newtownstewart in Tyrone.  He was born 18 July 1851.   He served at Monreagh from 1877 to 18 July 1899.  The Church was re-roofed during this time.  The congregation erected a headstone in his memory.  Margaret Jane was his wife. 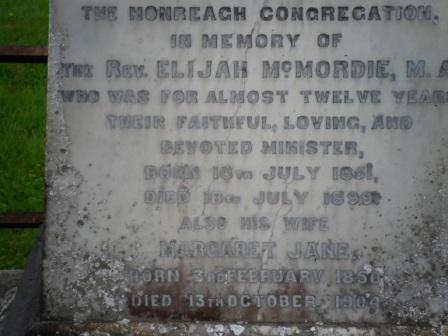 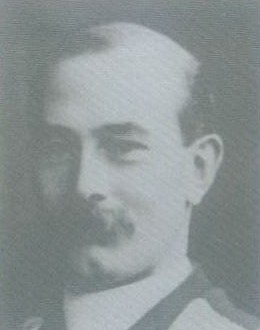 Reverend Dr William George Robinson who died 8 November 1953.  He ministered at Monreagh from his ordination 12 January 1900 to 1944 when he retired and he is buried in Monreagh churchyard.  He was reared in Ballykelly. 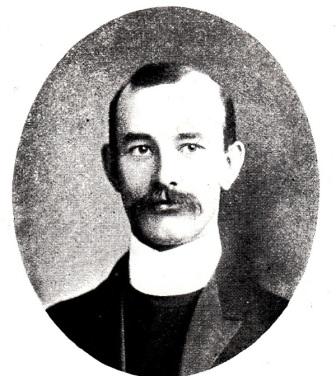 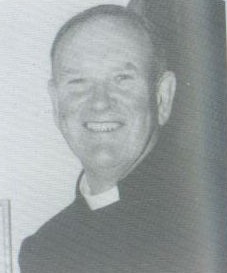 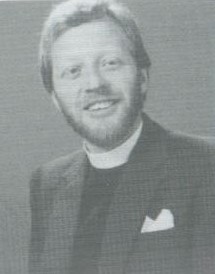