My name is Patrick Gormley and I am a St Johnston man and have lived here most of my life.  In my earlier days, I heard much about the oral history of the St Johnston and Carrigans area but unfortunately I was rather late in attaining a perception of how important this history was and is.  I even turned down history as a Leaving Certificate subject when I was a student in the former Raphoe Vocational School.  Not even participation in a FÁS Letterkenny Heritage Project ignited concern for the preservation of the precious memories of days gone by that lived in the people of St Johnston and Carrigans and their environs that were evaporating into oblivion. 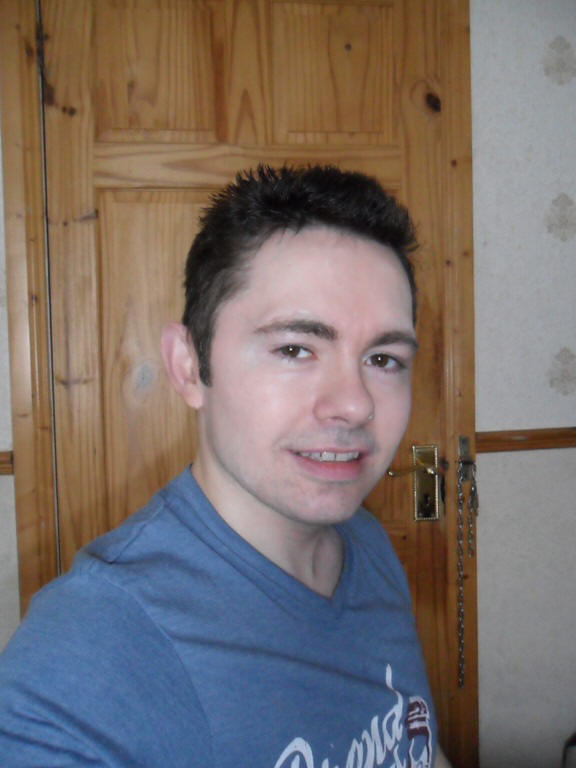 In due course, however, I realised that much of the St Johnston and Carrigans heritage and tradition was vanishing.  The decline of the senior populace, the growing impact of modernity and the apathy of my own generation were the chief determinants.  This gave me a desire to do my part to help preserve as much of the rich past as I could.  My educational background is in IT, Accountancy and have recently completed a Life Coaching Programme.  So I had to educate myself in the essentials of being an amateur historian and learn how to investigate the past investigating and cross-check the information given.

In 2003, my concern for the rapid erosion of local oral history deepened and I set in motion some initial plans to help stem this.  I soon decided that the best way to achieve this was through the help of St Johnston and Carrigans Family Resource Centre.  It provided a locus where information could be gathered and contacts could be established.  In that year, I was responsible for the St Johnston and Carrigans Newsletter and for providing informal and formal computer training.  These roles created a context in which people could approach me and provide essential information.  Gradually the thought that some medium through which this knowledge was communicated to the wider community needed to be established took hold of me.  Was it going to be a book or a website?  I settled on the latter as I knew that a website by nature would be fluid and malleable and could be continually improved on.

I attended the AGM of St Johnston and Carrigans Family Resource Centre in 2004 and became a member of the Management Committee with a view to volunteering my time to accomplish my goals pertaining to St Johnston and Carrigans history.  Shortly after that, I formed the informal St Johnston and Carrigans Heritage Group.  I left the committee to commence employment as IT Worker a role which enabled me to carry on my work of collecting information about the past.  I spent a considerable amount of time scanning and copying photographs from times gone by both in my job and outside my job in a voluntary capacity.  My work was exhibited during the Beltaine Festival in the Centre in 2005 and the first practical though slightly faltering steps towards creating a website for the area were taken.  Through the years when I compiled and edited the newsletter and the St Johnston and Carrigans community notes, I frequently invited further information and drew attention to the website.    The website www.stjohnstonandcarrigans.com went online in September 2005 and has been revised slowly but surely since then and enhanced.  The replacement website went live in February 2011.

I wish to thank the Centre, staff and users and visitors.  The Resource Centre funds the presence of the website on the internet and my research role is voluntary.  The website has a special page to thank every one of the contributors and people who assisted me with information and photographs.  Without the outstanding help I have received, none of this would have been possible.  Thanks again everyone.

Roman Catholic baptismal records go back as far as 1843.

James Crawford of Craighadoes worked in the Forge as it was called.   He was the last blacksmith ever to have worked in the St Johnston and Carrigans area.  He died in 1975.  He was listed in the 1911 census as 13 years of age meaning he was born in 1898 and he could read and write.  The family was listed as living in Craighadoes.  His blacksmith father John was 45 and his mother Martha - nee Galbraith - was 39.  James' son John who died in 2007 chose not to follow in his father's footsteps.  The Crawford family is buried in the churchyard at Ballylennon Presbyterian Church.

Bridie Lynch participated in Track and Field events at the 1996 Para Olympic Games in Atlanta where she gained a gold and a bronze medal.

The year 1938 saw great tragedy at Dunmore House, Carrigans.  William George McClintock was shot by his mother Jennie who then shot herself.  His bride to be Miss Macworth committed suicide shortly after.  The bodies of Jennie Margaret McClintock and William George McClintock and Miss Macworth were interred in the Churchyard of Killea Parish Church, Carrigans.  They were buried on the day chosen by the tragic couple for their wedding.  September 26th 1938 brought sadness to the village not the joy of a marriage.  Macworth's dog Blarney was put to sleep and buried with her.

During the Siege of Derry 1689, King James II passed through the St Johnston and Carrigans area on his way to Derry which at that time was encapsulated within the city walls.  At the start of the siege, St Johnston was used as the headquarters for King James II army.  It is rumoured that the King spent a night or two in Steravage on the outskirts of the town but it is more plausible that if he stopped here then he in fact stayed at Mongavlin Castle.

A bloodcurdling murder took place at the castle on the orders of the vengeful Inghean Dubh.   This evil was rooted in 1586 when her brother Alasdrann MacDonnell was murdered by Aodh Mac an Deccanaigh O Gallagher.  She got her revenge by having Aodh murdered in turn at the Castle in 1588.

One day during wartime, two men, Paddy Brown and Paddy Ross, were down there ferreting.  Suddenly they heard an engine running and looked up at the sky.  It was a small German one man plane.  It crashed.  The occupant was trapped inside.  The men rushed to his assistance knowing there was a danger of fire or even an explosion.  They had bars to use for ferreting.  They wielded these bars to break the cockpit and helped the occupant out.  The guards were sent for and duly arrived.  And the Irish Army came as well.  They were satisfied that the plane carried no bombs.  The plane and the occupant were taken to Baldoyle in Dublin.

Please visit www.stjohnstonandcarrigans.com and don’t forget to sign the guestbook!